With nothing else but a backpack and some bottled water with him, it’s mad how a guy can command such presence in a room stood behind what looks like a table from a school lunchroom.

If you’re a Samiyam fan, this gig review may frustrate you.

I say that not as a negative – the gig was class – it’s just the author of this was only (fortunate enough to be) there because the good people at Hope and Ruin gave Offie Mag press access, rather than being an avid fan. Plus, the sweaty warmth of a gig was hard to turn down on a freezing cold Saturday evening where clouds were grimly pissing down rain.

The only exposure I’d had to this talented beatmaker from LA prior to this well-attended event in Brighton was his work with Earl Sweatshirt, as surely the most talented rapper to come out of my teenage fondness of Odd Future graces this guy’s choppy, lo-fi and even hectic beat on the 2016 track, mirror.

What I, and we at Offie Mag have been exposed to is fucking good hip-hop, instrumental or otherwise, rearing it’s head in our hometown of Brighton & Hove. Except never in Hove. This was well-aligned with that as Samiyam topped a bill that also included Brighton’s own Psalm Trees, fresh off the back of his alter-ego’s album launch the night before. Torrential rain and general tardiness meant that I missed Benaddict’s instrumental set bar the end of one tune, but a trail of German soft drinks ensured I knew he’d given it his energetic best. 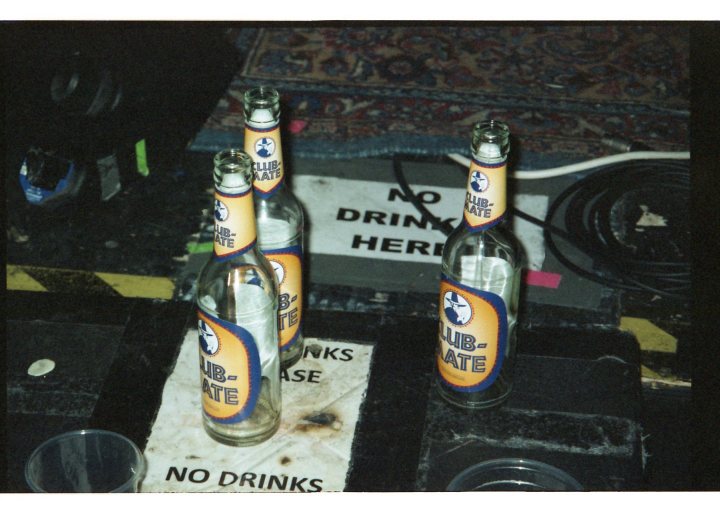 Samiyam kept an adoring crowd on their toes with deep, oft-dark funky tunes like Pizza Party – the title track off of his most recent major project – and with some charming wit in between tunes, all of which came courtesy of his gifted hands on his MPC. With nothing else but a backpack and some bottled water with him, it’s mad how a guy can command such presence in a room stood behind what looks like a table from a school lunchroom. Yet, when he twists a nob, we all listen. Heads bop. Particularly if you’re among the extremely well vintage garmented entourage in the front row.

About 99 percent exclusive to just hip-hop production, his rare verse of lyrics was greeted with perhaps the biggest cheer of the night. Some of that monotone, aforementioned wit and a sense of shy self-confidence came through in his lyrical performance just as it did with his laid-back stage presence.

If you’re into your futuristic, instrumental hip-hop, the chances are you definitely know about Samiyam already, so I won’t even do the injustice of recommending him to you. However, if you’re into hip-hop in general and have never seen something so instrumentally heavy in the mechanic flesh before, that’s what I’d fully recommend seeing.

A pretty relaxed evening of like-minded people and a performance as unique as you’ll find on a rainy Saturday evening anywhere in the country, Samiyam came all the way from Sunny California and blessed our little island. Those who made it out are surely better off for it.