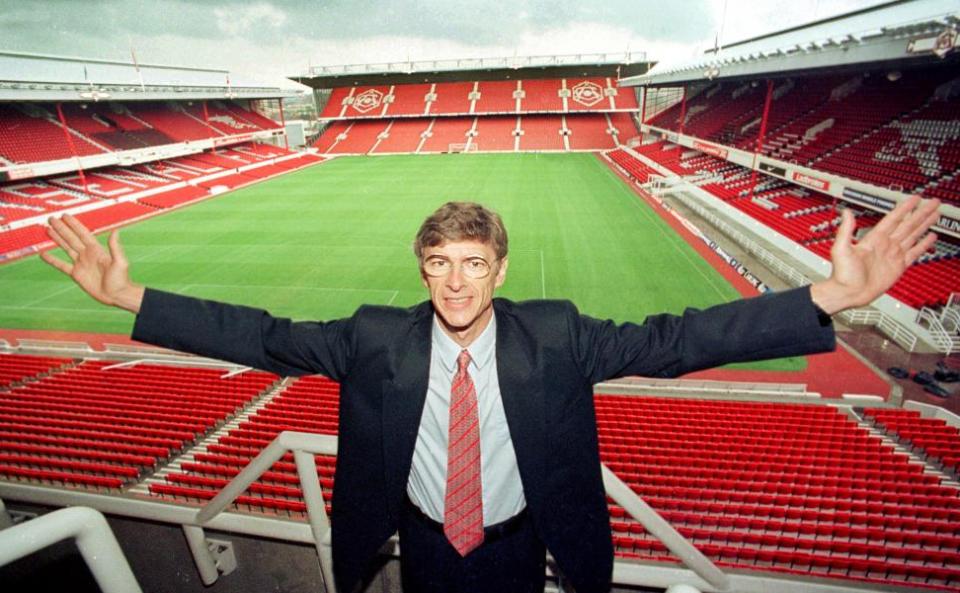 I’d describe my relationship with Arsene Wenger as ‘complicated.’

Football to a certain degree is an inescapable part of English culture. A stupid as it may seem to a non-football fan, the team you support gives a glance of a reflection as to the person you are. And, Oh To Be A Gooner.

I was born in 1996 – the year Arsene Wenger joined Arsenal – at the Royal Free Hospital in Hamsptead. The nearest football ground was Highbury, a stadium I unfortunately only had the opportunity to grace on occasion both at a very young age and for some very minor fixtures.

My Dad was born and raised in Tufnell Park and is a Gooner by association, but was never obsessively into football and nor was I until about the age of 12. Thus, I missed out on the golden years of the team I love. The Double. The Invincibles. I missed them like Mesut Ozil is set to miss the rest of the season now that there’s once again, nothing to play for.

But that’s not to say what Arsene Wenger achieved in the earlier stages is something I don’t recognise as an astonishingly incredible achievement, and we owe so much of our success to that man, so much so I have long advocated for us to name the stadium after him.

However, I was doubly elated on 4/20 this year when he finally announced he will be leaving the club at the end of the season. At times, perhaps Wenger has received an undeserved reception from the fans, but for someone with a heavy investment in the club having had a season ticket at the Emirates for a number of seasons, and having discussed the team plenty of times with a family full of Arsenal fans, I’d describe my relationship with Arsene Wenger as ‘complicated.’ 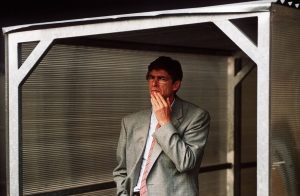 The story of Wenger is a typical tragedy endowed with hubris. At 22 years, his was the longest reign in Premier League history and in that time he went from hero to dictator. Granted, some way into the later years his hands were tied financially, which if true, does go some way to reclaiming his legacy. But particularly in the last 5 or 6 years the pattern of frail defensive performances were never addressed, and even when 60 million odd was splashed on a centre back and a defensive central midfielder, we still conceded the same amount of goals as Everton and finished in our lowest ever finish under Wenger.

Both in terms of transfers and tactically, Arsene Wenger has been inept for a long, long time. More recently, it’s become clear that he had lost the changing room, way before his announcement. I can’t help but think to myself what an idiot he has been by not stepping down at a higher point in his reign, and leaving the club in its diabolical current state.

We practically need a whole new defence, a goalkeeper, and a left winger due to a severe lack of natural pacey widemen, having sold English duo Walcott and Oxlade-Chamberlain, and Alexis Sanchez, too – all to our top 4 rivals.)  We’re also overloaded with those attacking midfielder types, as always. Wilshere, Ramsey, Ozil, Iwobi, Mkhitaryan, Cazorla. Take your pick of which one of these you want to try and drag you to three points away at Burnley, whilst Xhaka sits behind them waiting to kick balls and people.

Why didn’t he leave after the first FA Cup win in 2014? Top 4 secured and his first trophy in almost a decade. It wasn’t perfect, but it was a sunny May afternoon at Wembley. Or even in the following season which saw us finish above both Manchester clubs, Liverpool, Spurs and Chelsea. Finishing above that pile and still not winning the league was as much of an omen to give up, as it was a miracle from Claudio Ranieri and Leicester City.

There have been a myriad of moments to epitomize the dark side of  Wenger’s reign; losing a League Cup final to Birmingham City in 2010, losing 8-2 to United in 2011, selling them Robin Van Persie in 2012, Robin van Persie winning them the league in 2013… but I think the deepest cut was in 2014.

Wengers 1000th game in charge of our club; Chelsea away, against Mourinho who had just called him, in public, ‘A specialist in failure.’

Now was the time for the players to show some balls and fight for the dignity of their manager with a bit of grit in their teeth, on his 1000th game against his most bitter managerial rival. What could ‘Wenger’s men muster? 4-0 at half-time. 6-0 at full-time. To Chelsea. Fucking disgraceful.

Some other qualms I have with his management in recent years is the lack of development of young players – a trait he was once renowned for. Look at Hector Bellerin for example, has he actually improved since he burst onto the scene three seasons ago? What about Chamberlain’s form under Klopp. Teams are often a reflection of their manager and in recent years Arsenal have been predictable, weak, and outdated.

Would Klopp have come to Arsenal? Maybe Pochetino could have been a sick replacement? What about Pep? Wenger is in the top 5 highest paid managers in the world, but I struggle to justify that as clearly his services are not at that level anymore. He was too proud to go, and now I believe he’s tarnished his legacy, as painful as that is to type into my keyboard which may or may not have tears on it.

I’m excited about the future, and I’m happy to see the back of a man who despite giving the club some of its best memories, lost his way and refused to step down. I haven’t even included fact that we pay the highest ticket prices in Europe for a team that hasn’t reached further than the quarterfinals in Europe nor win its domestic league in over a decade. So yeah, I’m glad Wenger is finally out and look forward to watching a team with a defence. Kroenke can also fuck off.