We’ve found a new way to put you lot onto new music that we’re feeling.

Alongside our weekly radio shows, we’re going to be compiling a list of some newly released music each month – some you might already know about, some you may not. But that’s the point, innit? 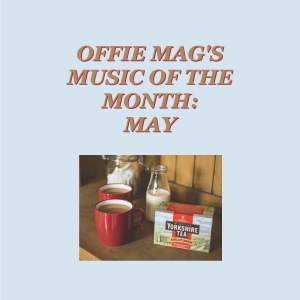 First off is our top pick…

This prolific young duo of rappers have the feeling of a group that are due to blow.

Hailing from Leeds, this tag-team of Swish and Kosi Tides have truly carved their own sound – a Sabre Sound, if you will – typified by futuristic production that is present on this recently dropped mixtape. For anyone who has followed The Northaze through their various releases, from their debut Mellow Thrills up to their previous release, Sabre Series Volume 1, you’ll know as soon as you hear the opening track that this is a Northaze project, such is their originality.

On a scope of beats, all slickly mastered and trippy, spacey or energetic in their sound, Swish brings a grime-type flow, both in terms of speed and rhyme schemes. However, such a soft delivery over this gloopy, cyberspace-like hip-hop makes this a far different lyrical experience than what’s coming from the mic-touching-mouths of those down in London. And Kosi Tides, with his own often-melodic delivery, writes and raps perfect hooks for a trance-inducing listen.

These are young British artists so naturally, relics of young British life appear time and time again in their lyrics and yet, somehow Swish and Kosi are saying things you’ve never heard in rap music before. Past work includes references as niche as Tony Yeboah and in this, the duo exchange back and forths via relatable lyrics with reference points being tea-drinking, video games, football and whatnot.

There’s not a weak track on the project as The Northaze continue to evolve their sound without losing what made them great in the first place. Crezcent Dressing has an essence of all the projects that they’ve put out so far and as such, stands out as a particular highlight. But Brew Talk, something of a lead single from this release thanks to a visual dropping back in January, should be the go-to listen and go-to watch. Nothing they put out is half-arsed, everything thought about and pulled off well, and their videos and cover artwork back that sentiment, too.

There’s a pocket of artists th’up north that people should be keeping an eye on, but The Northaze, with this project their first to even appear on Spotify and Apple Music, are definitely the hottest cup of Yorkshire Tea right now.

This one came out at the back-end of April and is the latest in legacy of a guy who can only be described as one of the smoothest, swaggiest rappers in the UK. Da Flyy Hooligan relaxes on beats, carving out his own flow on what is often quite classical hip-hop production.

The guy oozes confidence, something that comes across on the cameo he gave Ded Tebiase’s celebrated Landspeed album last year. The production on this one is perhaps a little less hard-hitting than that from Ded, one of the hardest producers doing it right now, but that’s no dampener on this project. Gentler drums pave the way for ‘Da Flyy Hooli’ to do his thing in his own tasteful, brilliantly boujee way.

Big Fan of the Sesh Vol.1 shouldn’t be a good name for a project but it really is. Perfect even, as the Irish, London-based singer, Biig Piig, puts her soft, chatty vocals about drinking and smoking over some gorgeous keyboard notes and hip-hop beats.

Lyrically, though, you must infer from context. There’s way more going on here than the glorification of wine and cigarettes, as this talented artist sings touchingly of a break-up on Perdida, before whacking down a sick rap verse in Spanish. On You Know Better, she goes back to back with Bone Slim, also of the refreshing and vibrant, nine8collective. Such a solid project to come from that lot.

Sticking with nine8, LAVA LA RUE’S ONLY GONE AND PUT OUT A NEW TUNE AND VIDEO. Premiered by iD, the London rapper and singer has particularly excited us with this one because it means that’s she’s starting to roll out her debut EP.

Widdit is the first track shared off the forthcoming LETRA, where Lava is set to put all of the work that she’s seemingly always doing – music, art, fashion, events, cooking for the nine8collective – into full effect for the first time.

Possibly one of the most spoony releases of the month comes from Dew8, who makes his solo debut on Blah Records with this industrial-sounding, gritty beat tape. Complete with some subtly detailed visuals for the full-length of the project, this Estonian talent also produced Mr Scott’s SUPERGOD5000PLUS and does various video work for the cult, too.

Speaking of the DVL, the bloke from the front cover of Offie Mag ISSUE ONE did that thing he always does where he pulls out a new piece of music from nowhere. OH, THE FUN WE’RE ALL HAVING is Lee Scott trying his hand at different sounds and doing each and every one of them well. From 1980s cheesy hip-hop to the current Xanax eating, rainbow dreadlock Lil rap, this EP has it all.

London collective, Loudhouse have vowed to put out a new beat tape of their own each and every month, highlighting some of the divine beatmakers on their radar.

Loudpack Vol.1 was tight but for our money, Vol.2 is even tighter. It gets super funky at times and features a mad 50 Cent remix that would be the result if ‘If In Da Club’ was recorded in 1978. Also features a joint from Brighton local and YGC donny, Harvs Le Toad.

Village Live Records, serial providers of hip-hop of the highest quality, put out their debut jazz joint this month. Green from Village Live debutant, Robohands, is the work of the evidently seriously talented Andy Baxter, who plays drums, guitar, bass, piano and a record that’s sounding so crispy you just want to hear it live. Call it nu-jazz if you want. Or just listen to it.

Finally, something from Ginger Slim. The writer has been listening to and writing about hip-hop in this country way before the Offie Mag team knew their Klashnekoffs from their Kashmeres, doing so out of what comes across as pure love for a scene often slept on.

This playlist, made up of rap and hip-hop to emerge from the UK between the mid-nineties and the mid-2000s spans London Posse to Jehst, Roots Manuva to Sonnyjim, and deserves your attention no matter what month it is. Vigorously tap refresh on Ginger Slim’s blog if you want to read the fairest reports on the freshest of hip-hop. The guy is a machine.

See you next month. Go buy our magazine.