How is it still this hot?

Our graphic designer, Aussie Dan, reckons the colour of the grass reminds him of summers in Perth. It hasn’t rained in Brighton since we published Offie Mag’s Music of the Month: JUNE. But in a link smoother than a crisp Asahi in the July sun, we’re pleased to tell you that there is no drought in brilliant new music and all of it packs heat.

Alongside our weekly radio shows, we like to compile a list of some newly released music each month – some you might already know about, some you may not. But that’s the point, innit?

Let’s start with our top pick…

It’s a timely release, too, as a genre which for many only lived on through hip-hop samples and deep YouTube binges, has become very much the sound of the moment. London’s buzzing scene has been given the media spotlight that it fully deserves as the likes of Ezra Collective, Alfa Mist and Nubya Garcia, the latter featured on this wonderful EP from Talos, continue to put out amazing projects and shut down festivals with energy and humility.

High Focus are far from hopping on a bandwagon here, though, with the label’s forever growing catalogue packed full of largely jazz-influenced hip-hop with that nostalgic sound that has drawn in so many listeners over the years. Talos’ debut solo EP, Lowlight, represents an exciting step away from the tried and tested, though, as surely the UK’s biggest solely independent label continues to grow in terms of both size and sound.

An exquisite vocal feature from Poppy Ajudah reels in the overall sound of the EP after the heavier hip-hop intro. But to call Oh Girl a standout track would be to play down the importance of every note on this five-track EP. Cohesive, calm and finally contemporary.

Talos, himself, is a producer making his High Focus solo debut, with a sizeable catalogue of work that has actually been recorded after Lowlight. Coops provides some familiarity as a frequent collaborator and self-confessed jazz fan, spitting not only on that intro, but also incredibly candidly on Blue Moon Freestyle. Here, he drops some pretty heartfelt lyrics that sound so impromptu and off-the-cuff, that even a little ‘wooooh!’ from a peer is heard as he drops something particularly poignant.

The most intriguing feature of all has to be Nubya Garcia as, straight off the back of this leading light in British jazz winning yet another award (2018 Sky Arts Jazz FM Breakthrough Act), she was announced as a feature on this HF jazz dabble. The saxophonist and composer brings a chilling element to the EP’s closing track, Lowlight Jazz, giving you that late-night, walking alone under city street lights in a black and white movie kinda sax. Her cameo, Jerome Thomas’ sensual appearance and other features are a perfect compliment to Talos’ production on this EP which, in the only ever so slightly milder evenings of this July, is sounding extremely peng.

KISH! aka Underground King aka Captain Heartbreak aka Kish Fantastic aka 237CultLeader aka Lordkishington is back.

After a crazy EP with Duggie (Fully Loaded EP, go check that out real quick if you haven’t already). His new release I Feel Insane, Sometimes is a genre surfing, storytelling journey through the eyes of a man that feels insane, sometimes. Each tune has a different producer attached to it and no two features are the same, which makes the EP incredibly varied in style. The West Coast Rap style of No One (Prod. Melacrusin) includes a dreamy sung chorus by Kish!, something that we haven’t yet heard from him.

Overall, this whole EP feels incredibly well thought out and can be used as evidence for the new diverse sound coming out of Britain. 237 & Reservoir Records have a large part to play in this new sound.

This artist has the potential to be so famous she could one day request a rider with such unreasonable terms as only red Skittles and Cherry B on tap.

We featured Lava La Rue’s lead track from this now-released EP in May’s music offering and she spoke greatness about it an episode of B.U.R.R, too. LETRA has now been out for a month and the reception to it looks to have been as exciting as expected. Those who have engulfed their nostrils into the breath of fresh air that is Lava La Rue are becoming fully fledged fans, as the leading lady of the London all-rounders, nine8collective, has won many admirers for not just her uplifting hip-hop sound, but also her perspective as a queer, female rapper.

There’s a feeling that this is just the beginning for Ava Laurel, as with fashion, art and more in her arsenal, she’s looking to take her music and her people to the next level via Hydration Studios, LAVALAND TV, nine8garms etc.

We know better than anyone that for all of the wonderful things about Brighton – Pav benches, AMPM’s incense collection, bring your own booze at Pompoko – the music scene is fairly small despite its vibrancy and potential. Making the most out of it as well as anyone else are Para Fiction, as they combine the depths of the city’s punk and hip-hop scene to create a sound that you haven’t heard in years.

Wavey Days combines this 2018, vintage-clothed Beastie Boys sound with some pretty sick, acid-laced and pretty jokes visuals to create another early release from this collective whom we can expect to hear a lot more from.

Nah seriously, though, who else is doing shit like this? Barring Andrew Lloyd-Webber, there aren’t many in the UK scene tying together their music with visuals as brilliantly as the Blah gang do here.

Like Annie, Oliver Twist and the Sound of Music before it, ADHD CONCERTO 77 provides compelling viewing for its duration. Some of the best of Sniff and Lee’s usual happy-sad lyrical content hits even harder with the tale that begins in Jack Chard’s Renault Clio accompanying it, as this 10-minute CULT B MOVIE stars all of the above plus a cameo from Salar. The EP is fitting of a release from the dangerously prolific and consistent underground label, whilst the visuals are enough to occupy your mind for the duration of your dinner.

So sit down with your once-frozen Ristorante pizza and put your YouTubes onto this from Blah.

Last year Offie Mag did a feature on the best 10 British Rap Releases of 2017 and assuming we’ll do the same when this summer freezes over and 2019 nears, Finn Foxell and Lord Apex’s Flowzart produced, Stuck in Motion is an early shout to be featured on it.

Evidence is just one of various bangers on the EP but the first to come with it’s own visual. Foxell, with his voice the deepest this side of Peckham, provides back and forths with the underground king, Lord Apex on this one’s hook as juxtaposing styles make for a sick duo that share a love of green things. Definitely listen to the whole EP if you’ve haven’t already as varying vibes are laid down by Flowzart and these two MC talents lace each one with style and finesse.

Lilthaiprince is a rapper/singer/producer and Pump Fake head honcho hailing from South London but now residing in Brighton. If you don’t know about Lilthai, you’ve been under a rock.

He’s genuinely a genius and he’s coming for a throne near you. Sweet 16 is an effortlessly catchy tune wherein, Lilthai gracefully puts his immensely recognisable stamp on to a very sick beat. For people who don’t know who Holly, the guy iss a young Portuguese EDM producer. He’s toured the world, got releases on Buygore and Fool’s Gold Records and has caught the attention of top EDM producers Bassnectar, Steve Aoki and David Guetta. He’s also considered by DJ Mag as ‘one of the top producers of 2017’.

Guess that’s the just the circle that Thai Prince rolls in.

The only full album on our July picking of new music, this long-awaited release couldn’t not make it onto our Music of the Month.

If you don’t know by now you must not have your Twitter or Instagram settings on right, mate, because everyone in the Offie Mag sphere of British music is talking about Children of Zeus. The super soulful, hip-hop or RnB duo pick up from where they left off with last year’s The Story So Far. Mesmerising from the start to the end, Travel Light offers more of that smoothness mixed with their Mancunian swagger, but with a larger variety of sounds that you’d expect from a fully fledged album.

With mainly Manny features and a clear pride in their hometown, these boys have a city behind them and it’s fully deserved after years pushing their craft. Tyler Daley and Konny Kon have been about for a while with the former entering the scene as Hoodman – singing, writing and producing. Hoodman2Manhood is obviously based on this time in their lives, with DRS being an important feature as along with Konny Kon, he made up the old Manchester crew Broke’n’£nglish.

Judging by the reaction from the country as a whole whilst this record skips between scenes of jazz, rap, hip-hop, soul and beyond, this album is being heard and loved by an audience way bigger than the 0161.

Fittingly finishing where we started with some sizzling July vibes, join London rapper Keshon Whyte for a BBQ and ‘little bitta Sauvignon Blanc.’

This tune named after the vino in question is an antidote to the landscape of modern hip-hop as Whyte, a guy happy to speak out against trends of mumble rap and high hats, gives you a sick, rapped hook and three solid verses over the top of a funky, classical hip-hop beat. If the guy’s delivery doesn’t get you then you’re not human, especially on the hook where the flow gets tighter and the lyrics sound even more poignant in their concentrated manner.

This isn’t so much of a warning shot to the thousands of rappers out there that are following trends, as it as a statement about Keshon not giving two flying funks about anyone’s sound other than his.

Why not drop a comment if there’s something you reckon we should have included? That’s what people do on the internet, innit? Offie Mag. 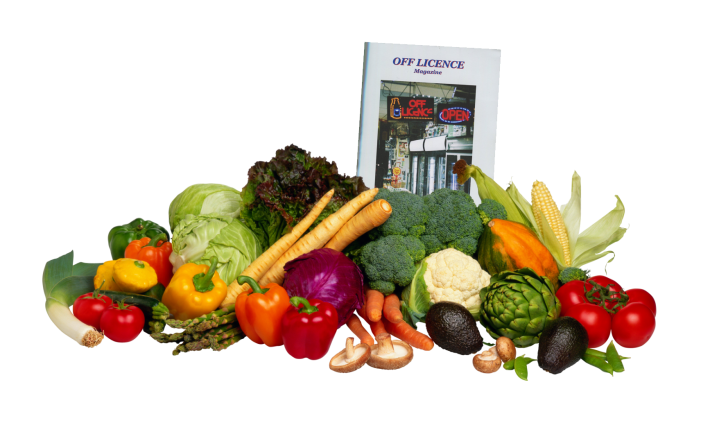