Bit of a mad summer, that, wasn’t it?

Offie Mag-wise, August was probably the best month of the lot, too.  It took us to Amsterdam where we flexed our press pass muscles at Appelsap Festival and also showcased some of the UK’s finest underground music on Red Light Radio. Then we dropped our first t-shirt which, barring literally two small size shirts remaining in a box at Offie Mag HQ, has completely sold out. You lot are mad. Thanks.

But, taking it back to the reason we’re here in the first place, we’ve compiled some of the latest music in our sphere for your reading and listening pleasure. As always, we start with our top pick…

A friendly rivalry is always encouraged by us here at Offie Mag, but when looking at CALLED OUT, you have to consider the age and complexity of the conflict in question.

An old college rivalry has been reignited by Jocelin Francis, the London based producer and engineer who has recently produced for self-proclaimed rockstars, YS TEKDINNER & MASTERPEACE. After being bored in the studio, Jocelin decided to ‘call out’ all his fellow producers; DEAD CVPRI, OMARI LYSEIGHT, OHMS, MODULIST, LUKE WARM, ARCHR, MANNY DUBBS and PROTON. He referred to each and every one of these beatmakers as ‘shit producers’ on Instagram, saying that his own beats were ‘untouchable.’ 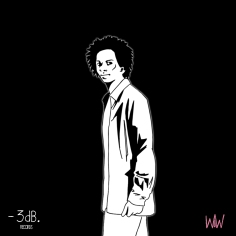 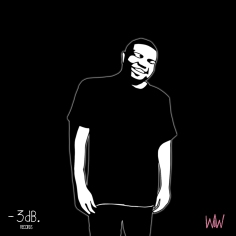 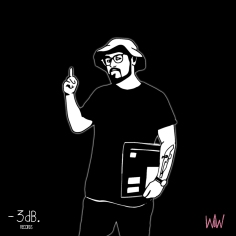 (Artwork by Will Winter)

Now, these aren’t just any producers that’s he’s messing with. They are NTN, 237 and 12 affiliates and probably some of the most talented producers in the country. As such, the result of such a war of words has turned into a war of beats, all crammed into this action-packed beat-tape. You’ve got all sorts of sounds here from filthy to dreamy and even a garage joint thrown in from OHMS.

A beat for every mood and a beat from every producer listed earlier, the beef has matured well into something extremely tasty. Even if there is no genuine feud here – rather, just a funny way to release a collaborative mixtape – the clashing of sounds gives CALLED OUT the feeling of an instrumental battleground. Hard meets soft and samples as varied as dogs barking from Jocelin Francis to eery piano from MODULIST ensure that all bases are touched here, as well as nerves. OMARI LYESIGHT does the latter the best, though, with the vocal intro to his Send4Dem doing just that.

All in all, this thing SLAPS. HARD.

Backed by her latest, atmospheric visuals (filmed entirely on 35mm film and a vintage camera by her friend Emma Bouraba @emmabouraba) the young artist shows an affinity for nature. BINA.’s approach to music is entirely D.I.Y., proved by this song being self-engineered, self-mixed and self-released from her bedroom, which isn’t bad for someone who’s just 18-years-old.

The most recent Blah Records release is a much anticipated solo album from Cult of the Damned original and Lancastrian King Grubb – ‘G, R, U, double B.‘

This debut album is orchestrated nicely by newly founded Nobodies Home, a three piece in the form of Lee Scott, Sniff, and Jack Chard. Grubb’s flow is unique; a mumble which relaxes as it tells snippets of past regrets, highs and reflections. A mature, realistic emcee over the mic, who’s studio work matches the high quality features and live shows he’s recently been killing.

It’s hard to compare Grubb to another emcee from the roster, that’s what made this such a treat of an album. All 10 tracks are easy listening tunes, with lazy piano riffs leading the way through slow but intriguing instrumentals built up by a group of sound producers all pulling in the same direction. Top picks for me have to be Tagliatelle Sandwich and Didn’t You Know for their standout production, while Hot Dogs has one of the bars of the album from Leezus and Oui Sag has a nice loop and the combination of Grubb and Sniff is a dangerously good one.

King Grubb is exactly what his name states, the lexis not over complicated, the flows quick but steady-paced, it’s chilled, composed hip-hop with a twist, it’s not boom-bap it’s something else, contemporary but classic, take a listen.

This NTN member fresh from his performance to over 16,000 at Leeds Festival has released a new EP solely produced by Manny Dubbs (also featured in our pick of the month) and it (also) SLAPS.

SLKS RVNG features fellow NTN member Dead Cvpri, 12 member Master Peace and M.I.C., who all kill it. The new visuals, directed by Nathan Miller are unnerving, switching between live footage from an NTN show, Dee93 and the lads with ominous blue lighting and strobes and footage from an old mime artist performance (maybe I am the only person in the world that’s a bit terrified by mime artists??????).

Sticking with that NTN roster that made Leeds Fest lose it’s proverbial shit, do not sleep on this tape from v7backin2007.

The 16-year-old has only just got his GCSEs and is still schooling people, with this 6 track release embodying what it is to be 7. Vol.1 puts some of his singles, already etched into the minds of us at Offie Mag, onto one solid release. A bop the whole way through, the guy kills it and this could be the first in a long line of releases from a clear talent.

Something a bit more mellow comes from the young legend, Lord Apex.

The London artist always has something up his ELEVATION MEDITATION patented sleeves and the latest thing up there is a vinyl release on Bad Taste. The label that brought us Trellion, Sniff and Rawkid is about to host what sounds like an ambitious ‘tape from the Sensei, as he gets melodic and heartfelt whilst keeping his usual witty charm on Sunny Daze.

It’s the first single off the full project titled ‘S.O.I.L’ and comes with some very sick visuals with talking hands. Entirely produced by The Kount, we’re buzzing for the full project and have plenty of stuff coming with Apex soon – ISSUE TWO business.

If you don’t know SMIB then you’re silly.

They’re the most influential, multi-disciplined group of creatives in Amsterdam right now and are shaping culture for the city’s new generation of artists. With this ‘tape they come through once again with that fire.

They follow up their debut album BAKUHATSU, (which means ‘explosion’ in Japanese) with another EXPLOSION; which is SMIB TAPE. I am very annoyed that I didn’t think of this concept myself – the artwork is literally some Smib tape which they actually had made as merchandise… tell me that ain’t genius?

In the opening track from the album, Enuf, performed by Loopey and GRGY, Loopey comes through with that fire hook and they’re rapping in their mother tongue of Dutch. Ik sprekken gen Nederlands but this still SLAPS.

Bringing our Music of the Month to our hometown, Brighton’s celebrated producer and all-round nice bloke, Mr Slipz has dropped something particularly special this month.

You might know him from his MC-led It Don’t Stop, released on Yogocop Records earlier this year. If so, you’ll know that his crisy lo-fi production is lovely and perfect canvas for talented spitters to decorate. However, Slipz has snuck out from behind his MPC and rapped himself!!!

Spitting ‘real shit,’ to quote an ad-lib off of his album with Verbz, Slipz absolutely brings it, seemingly from out of nowhere, on top of fellow YGC don, Benaddict’s beat. Shit’s really special and the whole cluster of Brighton hip-hop heads have been backing this since it’s release.

Sticking in Sussex, this wholesome band whose members span Brighton, Bristol and elsewhere, have given something for the clusters who have seen them illuminate live shows to saviour.

KIN are a four-piece of talented blokes who have a knack of taking you on a real journey whether it’s in person at the likes of Sticky Mike’s Frog Bar or Crofter’s Rights, or now, with this long-awaited new single, through your headphones. They’re yet to release an EP but sporadic-yet-gorgeous releases over the past few years has a number of people waiting on the day they do. Pontrique may be their funkiest track yet, but with so many switch-ups and chapters, it takes you on some kind of emotional hip-swinging wander into the mind of their lead vocalist.

And finally, a bit of self-promotion.

Listen to our radio show from out in Amsterdam on Red Light Radio. Brickcellphone, The Best DJ in the World, brought all sorts of British underground sounds to the red-lit doorway in which he mixed for a full 40-odd minutes, spinning the likes of Lord Apex, Slacs Bianci, Lava La Rue and the Northaze ‘tape which we premiered that very day.

It was a fast-paced and slightly chaotic show but it embodies Offie Mag pretty well. Dank je wel. Cheers for rocking with us, have a good September. ISSUE TWO coming sooner than you think. Offie Mag x