No one can deny the irrepressible force of British jazz music right now, as an abundance of artists are bursting out of London and elsewhere, bringing a once slept-on genre to the masses at festivals and shows.

And our own city of Brighton is getting a piece it over the next few months, with the likes of Joe-Armon Jones, Yussef Dayes, Yazmin Lacey and Ezra Collective passing through our seagull-heavy town. We’re looking to do our best to cover it on the magazine front, but you’d all be wise to get yourself down to shows arranged by the likes of One Inch Badge, Mr Bongo and Patterns.

This time we’ve got something of an Offie Mag regular returning to Brighton, as Puma Blue returns to the seaside.

There’s an exciting event coming up, which seems to be a constantly repeated statement now when referring to that bastion of the Brighton music scene, Patterns.

Puma Blue has been a mainstay in the Offie Mag book of praise. We had the pleasure of interviewing the charming Mr Blue during the chilly early months of 2018. He regaled us with his influences, both musical and otherwise, as well as his experience of living in London. Indeed, everything he spoke of, the vicissitudinous nature of living in the capital city – the beauty and the macabre; the grand and grim – all comes through in a subtle and sumptuous way on his first EP, Swum Baby, as well as on his proceeding singles.

What is so exciting about Puma Blue is not only his often unmatched talent when it comes to writing songs – it’s his live show that leaves you stunned. He’s recruited a bevy of phenomenal musicians to construct an elevated version of his recordings for the live show. Moon Undah Water, for example, leaps and lurches into life when played live, seeming at least five times bigger and more crisp than it does on the beautifully nuanced recording.

This is not a show to be passed by. It’ll be on the best you’ve seen this long, weary year.

Tickets are here if this sounds like a bit of you. 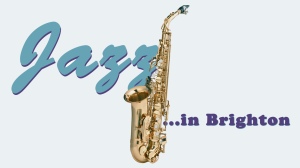