What an awful, awful day of the year it is.

On the 31st day of October every year – and about 4 days either side of it – some people like to dress up and pretend Halloween isn’t just for children. Speaking of which, knocking on people’s door and expecting free confectionary is suddenly a thing, on a day nowhere near as good at Pancake Day that some people associate with just getting battered… but getting battered dressed as a vampire or whatever you are, you ketchup covered fool.

Anyway, if you’re not willing to dress up as a ‘Scary X’ or a ‘Dead Y,’ allow us to provide some inspiration with this edition of Clickbait by Offie Mag. Here are 5 beer costumes found on Google Images, that you will have to simply add blood to. 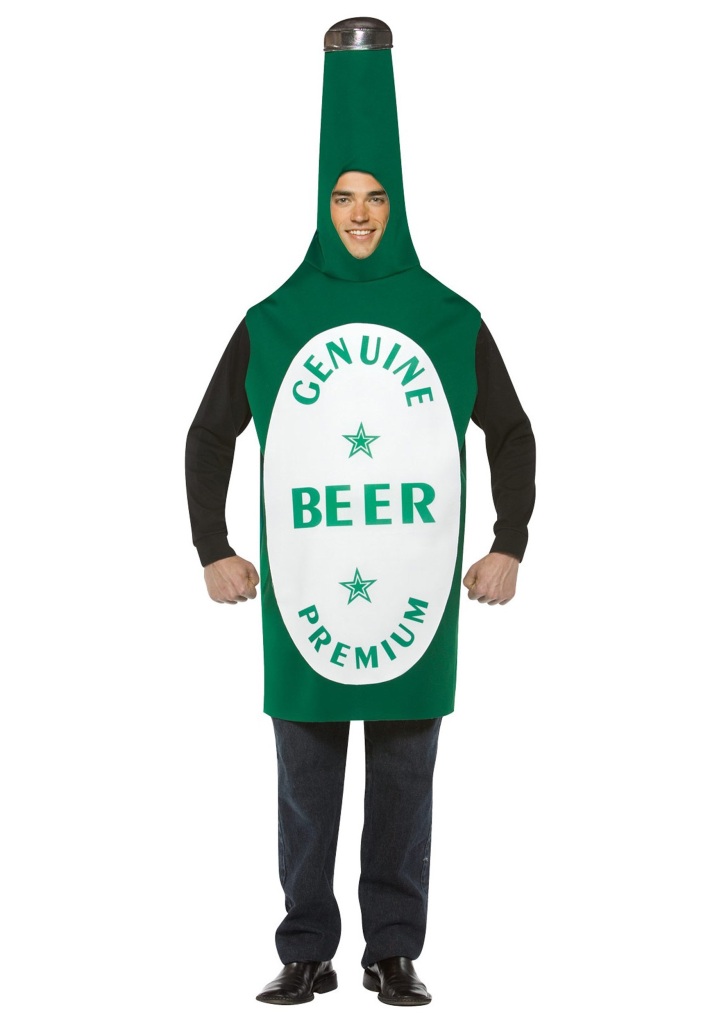 This guy looks like the life of the party, doesn’t he?

The ‘Studmeister’ might be a play on the name and branding of a well-known American lager, but we reckon that’s actually what this guy goes by once he’s cracked a couple of Strongbow Dark Fruits with the lads… well, one other lad and his own mother. With the other lad actually being his dad.

Way too much effort on the branding of this lookalike beer bottle.

In reality, several people are going to be Lükinbetta than you, you idiot. Look at you, with your arms open as if to say; ‘Ta-da… look at how funny I am for buying this piece of fabric on Amazon.’

Actually, rate this one.

He hasn’t come to the party as a beer, he’s come as a statement about commercial branding in capitalist culture. Nothing BASIC about this witty character, at all.

Looking like he’s wearing a graphic that has been surgically removed from an off-licence storefront, this guy has won the beer costume competition that no one entered. Completing the look with blue jeans, a black top and a pair of Converse, this is a Halloween look and a half. All that’s missing is about 3ml of fake blood applied anywhere on his face.