These months are just flying by, aren’t they? This time next month there might even be a new copy of Offie Mag out, but who knows…

That nip in the air isn’t the only thing that’s cold, as we’ve got a selection of new music here for you, too.

Spanning the entire country and including some of the most slept on artists on our radar – one of them literally on our radar – we bring you our favourite sounds of October 2018. 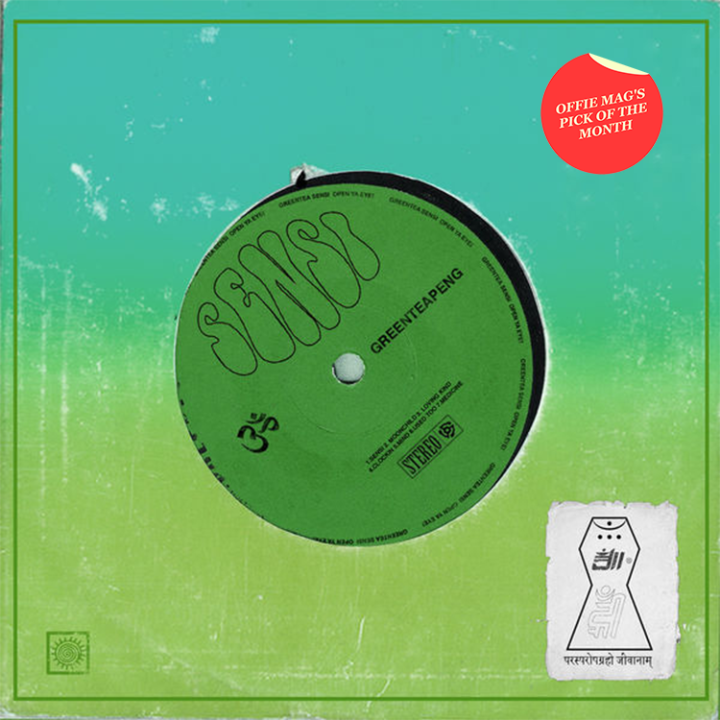 It feels a little bit like Greentea Peng is blowing up right now and if that feeling is right, then it’s deservedly so.

In Miss Peng, the producers, Earbuds have found yet another diamond in the rough of British concrete, providing this stunning vocalist with the perfect platform for her self and society reflecting lyrics. Her sound ranges from the jazzy neo-soul to the more abstract, with the singer not wasting a single lyric across all six tracks of this debut EP.

Those already wise to the South London resident will have already been seduced by Moon Child and the remarkable Loving Kind that go one after another on Sensi. The former has a Homeshakey quality which, despite us not really liking throwing comparisons about here at Offie Mag, we do so with good intentions due to our adoration for such a sound. Besides, Greentea Peng takes it in a whole other direction with an unaltered, faultless lyrical display in what may be this writer’s favourite song of the year.

There’s genuine lyrical depth to match such a strong vocal performance, not just on Loving Kind but across all tracks here like the marijuana love song, Medicine and the rawer, stripped back, Mind. It’s as refreshing to hear as a green tea is to drink and as this artist is to look at, with her inked face and body commanding all the attention of the room at recent live shows like her debut London gig back in July, EP launch this month and her captivating Boiler Room appearance.

As a debut EP, it’s done everything that you’d want it to do; introduce the listener to something new, scratch deeper at the surface laid out in previously released singles and, perhaps most importantly for any of the young artists we follow, leave the listener wanting more.

full court rappin’ does exactly what it says on the album cover, as the Bahamas-born artist raps for the whole damn game, up and down these thumping beats from Fat B.

With 33 43 being the longest track on this record at just one minute and fifty seconds, this is a fast-paced record from an artist who has a back catalogue that consists of work that many would whack a lo-fi tag on. But, as he told us during his BURR interview, the connotations of ‘lo-fi’ hip-hop has changed a little in recent years, with viral anime decorated YouTube mixes doing it no favours, either.

“Man, the image associated with lo-fi hip hop is fucked up these days. People turned it into some corny meme. Lo-fi music isn’t a new thing like so many think – it doesn’t mean ‘simple loop slow hip-hop beat’ and it sure as fuck doesn’t mean “beat littered with 404fx.'”

Joints on this release have some of that warm crackle that you’d associate with such a term, but if lo-fi means amateur or a lack of a quality on the mixdown to you, then this is free from that. The drums on this are super clean and gorgeous samples keep you with each track before they cut short of that two-minute mark. You’re left wanting more, before the next track drops and the cycle continues.

As such, the speedier nature of full court rappin’ provides a change of pace and a change of tone for regular Obijuan listeners, as the UK-based artist seems to get shit off of his chest in a more urgent fashion. And lyrically, this 10-track project delivers with tales both real and abstract from both sides of the pond, laced into tracks all named after that basketball concept.

Obijuan shoots and scores but not simply – it’s one of them where the ball just rolls around the rim for like 20 minutes whilst you watch in awe, before it eventually drops.

From the warmth of the Bahamas to Yorkshire, as our Music of the Month takes us up to Toshiro Steel up in Leeds/Sheffield.

A frequent collaborator with The Northaze boys be it on hooks, verses or production, Tosh is evidence of some real potential for a thriving movement to come from up north, whether all of us dickhead southerners hear them or not. At Offie Mag, though, we urge to point your ear that way, especially when a polished release like this lands.

This isn’t Steel’s first EP but it’s his first to appear on Spotify, as he follows up the cult following that the Soundcloud-released, Missed Calls with Romantic Savage. Crossing genres with his rapping and auto-tuned singing, he paints dark imagery both in terms of sounds and lyrics, spilling out stuff about drugs like he’s spilling lean on No Talk. Far from glorifying all of that, though, this is an introspective look within from one of the most low-key, understated young artists around.

As the name suggests, there’s lots of troubled romance on here in terms of lyrical content and the hard-hitting BlacxyReign is welcomed into the concept for She Free, one of so many tracks on here with a strong hook. The only other feature comes from the aforementioned Northaze’s Kosi Tides, with whom he put out the brilliant Ecchi Nights in 2017. Kosi comes in on the tune DRPN, one of the EP’s most upbeat, as he and Tosh go back to back with verses containing some of the most romantic savageries on Romantic Savage.

All in all, it’s a really polished project with dark, dark undertones that fits into the modern music soundscape really well. The more people who find out about this project, the better.

Something of a household name, both in Offie Mag terms and in the realm of underground music in this country, Lee Scott dropped a brand new album this month as one half of the producer-rapper duo, Hock Tu Down.

Reklews makes up the other half, with his typically creeping, sometimes disturbed sometimes quite delicate hip-hop beats providing the blank canvas for Runcorn’s greatest to smear his lyricism all over. On the beats of his long-time collaborator, Lee is truly at home and at a place he knows well. As such, the quotable lyrics seem to just drift out of his orifice endlessly on a record that the most loyal of Cult Members and Blah followers are going to gobble up. It’s already sold out on vinyl, so you missed out on that, but don’t miss out on Lee’s Eminem impression.

A Halloween special for you here from another couple of Brighton fledgelings, Lilthaiprince and the recently christened, Raf Lychee.

A touching tale of a romantic interest with a taste for Nu Metal, black clothes and graveyards rather than eight bars, Goth Shawty really tugs on the heartstrings. With serious meme quality thrown into the melting pot of LTP’s catchy production and smart lyrics going back and forth, don’t be surprised if by Halloween next year this song has one billion streams and these two artists are living on a black yacht with their respective goth brides off the coast of Monaco.

Just seeing that Matavelli is on the beat is usually the sign of a banger, but Finn Foxell more than does the Bristol producer justice with this track, One To Remember.

The EMP affiliate, Foxell, has one of the most recognisable voices in underground British rap at the minute, with that super deep voice being heard by an increasingly growing audience. The guy has verses and the guy has hooks, it’s as simple as that, and he’s followed up the previous Cool Bless Safe with another tune that slaps here.

Elsewhere in London, another prolific collective is 237 and their producer, rapper, vocalist, Rubii, put out his Slide EP this month.

A genre-blurring collection of four-tracks with underground star-studded features in fellow 237 heads, Virgil Hawkins, Leo Banjhi and the young legend, v7backin2007, the production on Slide is super smooth with strong hooks on each cut.

v7’s appearance is typically original as the 16-year-old comes on the EP’s most funky beat and one of them blunt flows that, in their delivery are somehow razor sharp – such an enigma, he is. But Rubii’s obviously the star of the show, leading the way in terms of the entire sound on what is a super modern and very fun 10 minutes of music from 237.

As if we weren’t gonna put this one in.

Some very talented musicians gave us an exclusive mix this month, as Penya blessed us with these wonderful 20-odd minutes of majesty. Spanning the globe for their sound, they’ve sampled planet earth and put it into a WAV. Get into this and be sure to catch them at Patterns on November 1st if you’re local.