In this series, Brighton hip-hop DJ, Matt ‘Brickcellphone’ Leppier, is chatting to some of the underground rap talent on his radar. It’s as simple as that. Follow him @brickcellphone and listen to him spin some of these artists on Offie Mag Radio. You can also read Brickcellphone’s interviews with Lava La Rue, Virgil Hawkins and v7backin2007, in the latest issue of Offie Mag.

Producer, vocalist, writer and more Rubii, is a Bristol-based artist who mixes with the refreshing London underground collective, 237. It’s a mixture of artists from various fields which, along with Reservoir, is quickly becoming one extremely exciting movement.

Rubii’s one of the sounds of this genre-bending collective and the already prolific artist spoke to us on the brink of his latest release. Let’s get into it…

Rubii, you’re lucky enough to be part of the 237 family, can you tell us how this came about?

I’ve been working with 237 from about February 2017, before the collective even existed and it was just a cluster of individuals. I was essentially collaborating and doing work with the members until I became so involved, it just didn’t make sense for me to not be officially part of the group anymore, so I joined.

Do you think moving quite a lot when you were growing up has had an effect on the music you make?

I wouldn’t really say so, since I’ve always been an internet kid. I was limited to CDs as a child so I could only listen to what I could get hold of (that being Kanye radio singles) but I started listening to Skepta on YouTube in about 2011 so from then, the internet just facilitated the music I was finding. I’ve always found myself trying to listen to the niches and dig around outside of the mainstream. Moving down south to Bristol definitely pushed me more towards the music route, because although I have my qualms with the scene here (which is what pushed me to the London scene and 237) it has been a great catalyst to where I am now.

Can you talk us through some of your inspirations?

I’ve been an avid Kanye fan since I’ve been a child. The guy has an incomparable cultural impact and has constantly managed to innovate and reinvent himself at every turn of his career, he’s truly a legend.

Tame Impala as well is one of my biggest inspirations. The richness and depth of the textures in his music are immense, especially the way he utilises his voice as a background element a lot, that whole big vocalising thing he does. He is the one who inspired me to move my interests further away from rap and start experimenting further into psychedelic rock/pop and jazz/funk and synthwave. So you can expect a lot more new elements in my sound. In more recent times, I’m listening to a lot of Brandon Coleman at the minute, Sybyr, Red Hot Chilli Peppers, Tory Lanez, MGMT. I draw a lot of inspirations from my friends too and who I’m working around, for example, Leo Bhanji and his music really made me push my writing and melody further.

What equipment do you use when you’re making music?

When I’m producing, I have an M-Audio Keystation 49, a Maschine MK2 and a Kontrol A25 for when I’m moving about a bit more. I have my guitars and my bass too. If I’m recording I have my Audio Technica AT2020 mic, and I’m using a Behringer UMC202 for my audio interface although I really need to get rid of it.

Cadbury Caramel, Mini Cheddars ESPECIALLY RED LEICESTER ONES and probably a bottle of Coke or something. 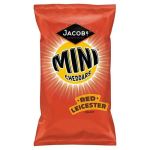 Do you have anything else to add, or any other projects on the way?

Me and IVAN have an EP named “INTUITION” coming out on 27th December. I’m also working on a beat tape featuring a lot of rappers and artists from the London underground scene right now, as well as a solo project where I’m trying to break out of this rap/trap box I’m in. Quite a lot of stuff really.