In Brighton, The Great Escape weekend is one of the busiest and best weekends of the year.

Filled with a sense of optimism that summer must be near – despite the rain falling on your head – it is a chance to get the season off to a flyer, with some of the world’s most exciting music acts on our pebbled shores.

With so much going on, and as a follow-up to our 5 acts not to miss at TGE this year, we’ve got 5 things that may have passed you by as the festival played out.

Platform B radio at Blend & Brew

All of your favourite Platform B hosts broadcasted a Great Escape special from a pop-up studio at coffee shop, Blend & Brew.

Our slightly disjointed show previewed The Offie Mag Escape, whilst The New Society welcomed big Murkage Dave onto theirs. Pump Fake, who later turned up at Dead Wax Social, got things started with a Platform B show, too. Check out all the playbacks from Platform B’s Mixcloud.

Kojaque (and Luka Palm) sent everyone a little bit mad

On the final night of the festival, Kojaque made his second appearance following a low-key set on Friday afternoon with One Inch Badge.

The Irish rapper was right at the top of our list in terms of artists to see at TGE this year and the Soft Boy didn’t disappoint. Opening his set with the beautiful, spoken word-esque White Noise, Kojaque ramped things up gradually before bringing out Luka Palm, fresh off of a plane over from Eire that day. 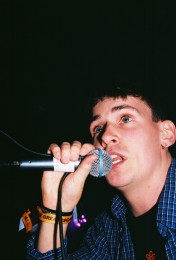 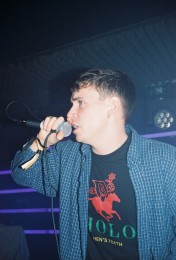 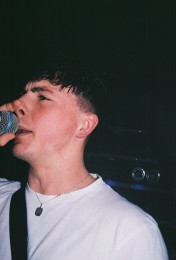 They got a little mosh pit going at the front, with a little help from Soft Boy Records number one fan, Brickcellphone, which resulted in a bloody nose for Luka and some memories that will spew out of our own faces for some time to come.

For anyone who knows Brighton, The Level needs no introduction.

Home to a delightful population of skaters, crusties and lost souls, the large grassy park is like a microstate within Brighton & Hove, only occasionally disrupted by vegetarian food stalls and the travelling fun fair.

The local punky, Yert Collective outfit, Para Fiction, set up their own sound system right in the middle of the skate park and played to this rather special demographic, in what might have been our personal highlight. They and Nokia Mansion proved that you don’t need to be on the official festival line-up, or even have a wristband, to do something special on TGE weekend. YERT.

Last time we saw Greentea Peng live it was on a boat in the River Thames. A stripped back PA set which was wonderfully raw.

At The Great Escape, though, Greentea proved she can do both, debuting a brand new band for a perfect rendition of her new material plus, the tracks from her debut EP SENSI that we love so dear. 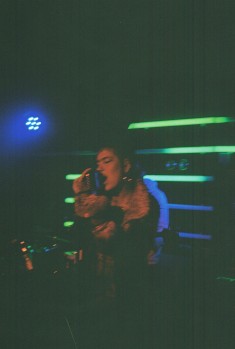 With a live band, you start to see why people want to chuck the word ‘Winehouse’ at her every now and then, but it’s clear that her influences stretch far and wide when it comes to creating the GTP sound.

On the Friday evening, her third performance of the weekend, one of the phrases being chucked at her was ‘one more song’ and to our luck, the sound man allowed, giving us one final serving of Greentea Peng before she bowed out.

If you made it to our festival after-party at Dead Wax Social, then you don’t need to read this. Just play back a couple memories of that rammed dancefloor, the surprise appearance of Biig Piig rocking the open mic, BINA.’s impromptu set or Para Fiction’s Jambo crowd surfing. 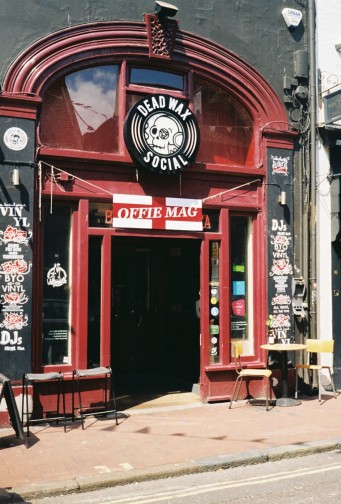 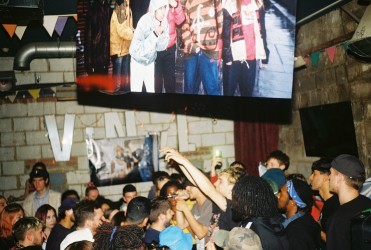 If you didn’t make it, that’s a real shame – and we hope it wasn’t because the bouncers stopped letting people in.

All we wanted to do was put on some good music for free on a weekend where Brighton is dominated by wristbands, hoping a few people would show up. The result was a fucking rammed venue and ridiculously good performances from our local acts and not-so-secret headliners, NiNE8 Collective.

Until next year, TGE.