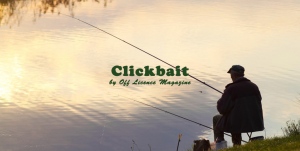 Tugay Kerimoğlu… what a player. Here are some of his most iconic goals in a blue and white uniform, as told by me, Brickcellphone, a non-football fan. Uh oh.

So, here’s what my research tells me… Tugay hails from Turkey and spent most of his time playing for Galatasaray and Blackburn Rovers. Unbeknownst to even the most loyal Blackburn Rovers fan, Tugay won the Turkish equivalent of MasterChef and as a youngster, competed in a high level of motor car racing. What a talent.  After watching many highlights on the ol’ Tube, I discovered that the bloke just loves a good volley – legend. Daily Mail also described him at the 47th best premier league talent between the years of 2000-2009.

Here’s an ode to Tugay as written very recently by another Blackburn legend (HE’S ALSO IN OFFIE MAG’S ISSUE THREE WHICH IS NOW AVAILABLE ONLINE AND IN STORES) …and his name is Bill Shakes.

Tugay is one of three Blackburn players that I can name off the top of my head. The others are Morten Gamst Pedersen and Brad Friedel* – which means he was probably pretty good.

As you can see, Tugay was in the perfect spot between the halfway line and the edge of the box and this stonker hits the back of the net with some force.

Also, what a cross from the bloke with the Donald Trump hair!

* How could I forget about the legend that is Paul Dickov?!

Mate, I told you the bloke loves vollies.

I don’t know if the video is poor quality or whether me streaming my phone in Pelicano just isn’t working all that well, but this 240p video shows Tugay really giving that ball a hard kick and this one also hits the back of the net.

Here, Tugay shows his absolute pure strength & ability; the turn, the dribble, the strike… back of the net!

West Ham, often referred to as ‘The Hammers’, ended up losing this game 7-1 (I think?). But again, an absolute screamer. Back of the net.

I’ll tell you what this particular goal tells me about Blackburn’s style of play – they never try and walk it in.

Also, I don’t know what boxes ever did to Tugay, but he hates being inside of them. Not sure if he had a traumatic experience as a child but the bloke to can’t go near them.

FIVE: Blackburn Rovers vs. Dunfermline (No idea when or why this game took place.)

This is the last and probably the worst quality video of them all. So bad in fact, that you can barely see how good this goal really is. A gorgeous strike that dips perfectly into the top corner and actually, contrary to popular belief, hits the back of the net.

This one really shows how cool and collected Tugay is under the immense pressure of playing professional football against a team that I’ve never heard of. Madness.

Anyway, this has actually been quite fun. We should do this again. Bye for now!