It’s February and we all know what that means… not long until St. Patrick’s Day.

But before we get to March, let’s all get through February intact. It’s the shortest month of the year but still packed with plenty of gigs what we like the look of. Incidentally, if you want to see some Gigs what we liked, you can do so inside the pages of our latest issue.

This show is actually already sold out so basically what we’re doing here is boasting.

We’ve wanted to see this eight-piece collective for ages and can’t wait to do so. We’re not even sure what to expect, having withheld from watching videos of their live performances in anticipation of seeing the full Kokoroko experience play out before us live for the first time.

Jazz and Sundays go together like roast dinners and… Sundays.

Joe Armon-Jones has played Patterns more than once, doing so on his own tour and with Ezra Collective. Every time this energetic keysmith comes to Brighton it feels special, as Mr Armon-Jones has history here with Mr Bongo and, once again, countless amounts of lovely shows.

NEW TOUR DATES ADDED Tickets at www.joearmonjones.com ❄️❄️❄️ have a wicked Christmas everybody

With a new album out in the world, the guy is back and you can expect him to bring a host of talented friends with him.

The line-up on this one is crazy.

Three of the illest underground rappers in the country are on the bill as looms. and Obijuan (languid.oceans) headline, supported by Clbrks. Expect languid.oceans to slap your face gently, ahead of the release of their debut project on the legendary Blah Records.

Kymara’s new single on QM Records is bloody lovely. We’ve been giving it spins on Offie Mag Radio and every time it seems to have gone down well with whoever may be with us in the Platform B studio.

The Dutch singer is headlining a little Valentine’s show at the very Brighton & Hove #quirkylittlespot that is Bee’s Mouth. 3 quid for a ticket. That’s a cheap date, too.

‘Ultra Sound bay-bay,’ is what the likes of Harvs n that lot say as they promo another of their weird and wonderful hip-hop nights. They booked Pete & Bas once, lol.

This one looks a little more down to earth – or perhaps under it – as they’ve got underground hip-hop artists that some of you lot must already know and love; Verbz & Slipz, Hutch and Capriisun (all the way from America).

We’re gassed about this one.

Brighton’s fortunate to have a pretty prosperous hip-hop and rap scene at the minute. It could always be better, of course, but the more top artists stop through this seaside city the more the bar’s gonna raise and alla that. The fact that MIKE, the revered US underground artist is stopping by, has us wildly excited.

He’s got history in the UK having lived in London, immersing himself in the music of the likes of King Krule – indirectly or directly like Jadasea has, too. Voldy Moyo aka v7 is on the line-up as well, a guy we know all about having interviewed him for an early BURR back in ISSUE TWO. 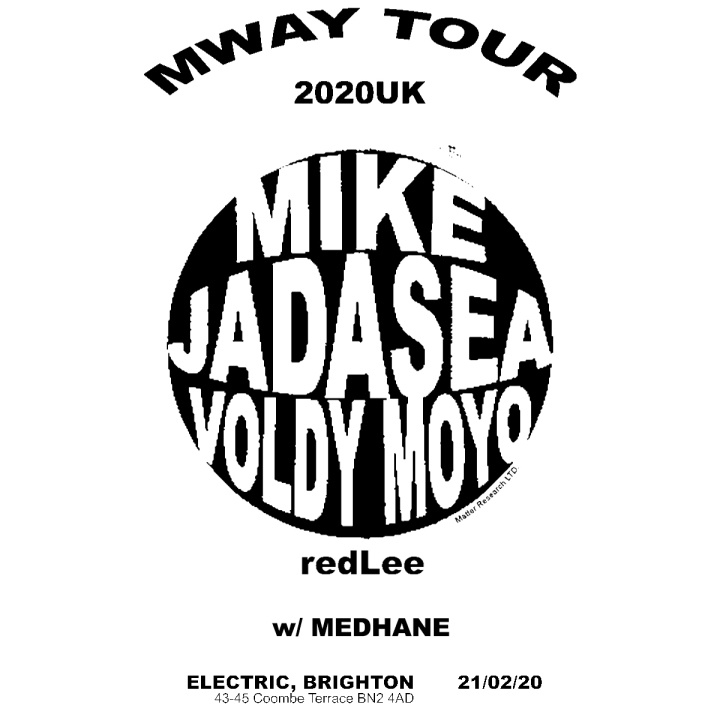 That’s your lot for February, we reckon. See you in March when Wiki is in town. Eek.