Do you remember football? It’s a game that involves people knocking a spherical bag of air about that used to be on TV before Coronavirus happened.

One of the best parts of this antiquated sport was watching someone score from a dead ball situation. The free-kick is a perfect recipe consisting of just the right amount of build-up and technical execution. You wait for an impossibly muscular Portuguese man to take long strides backwards, puffing out this chest, before watching him inevitably loop a ball into the air, overheads and under a crossbar.

For the sake of a football fix and a clever means to plug a recent interview we did, here are five of the best free-kicks ever scored. It’s Clickbait by Off Licence Magazine. 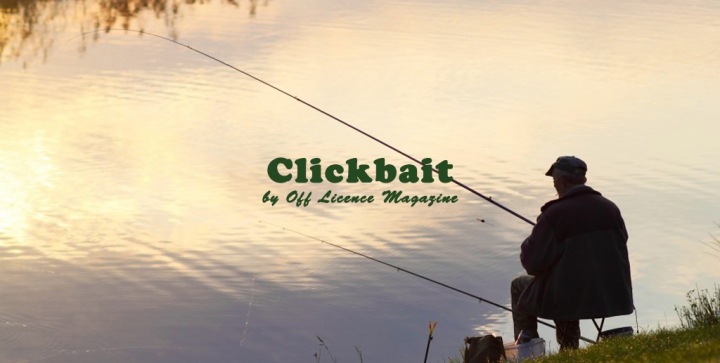 This physics-defying slice of football pie used to be on one of the first YouTube videos I ever remember watching. It was called ‘IMPOSSIBLE SWERVE CURL GOALS’ or something along those lines.

A man spanking the ball with the outside of his boot, from there, always seemed like it might be a fake addition to such an esteemed montage, but it really did happen.

Even if your football knowledge is limited and this here article, placed on the blog section of an underground music and culture magazine’s website, is the only bit of football you’ve watched all year, this should still excite you.

It’s Rene Higuita, the most eccentric of all the eccentric goalkeepers to ever guard a goal, taking and scoring a free-kick. He used to do this every now and then to be fair, but this was in a semi-final of the Copa Libertadores. That’s the South American Champions League essentially. It’s a big deal and certainly not the kind of sporting occasion you’d expect to see a goalkeeper toe-punting a free-kick in.

Accompanied by an incredibly strange song in a way that only the deep depths of football YouTube can provide, here is Honduran left-back doing something ridiculous for his Wigan-based employers.

Imagine being invested in a whole season, that is August to May, and not know whether or not it has been a success until the final kick of a ball. That’s a lot of hours spent experiencing the full range of emotions, perhaps a lot money spent, lager drunk and shit chatted. But for what? A runners-up medal and a few anecdotes?

It’s the reality for most football fans every spring but not for Celtic fans in 2007, as their Japanese free-kick expert did this in the dying embers of the Scottish domestic league season… to win them the league. A success story immortalised by Scottish rap-led duo, Skinnyville forever.

#TBT @skinnyvillle have a new track out called Shunsuke Nakamura, so here’s Nakamura’s ‘07 SPL clincher. Our recent interview with the Leith-London duo is up on the website: WWW.OFFLICENCEMAGAZINE.COM #offiemag #offlicencemagazine #offlicence

Similarly to the above, you can invest similar amounts of time and effort into qualifying for a World Cup. This is more laborious in many ways as non-tournament international football has a tendency to be really dull.

But not in 2001. The same qualifying campaign that saw England beat Germany 5-1 in Munich somehow needed just one more point from the final game to take a Beckham-led team of Three Lions to Japan and South Korea. Becks had been smacking these into walls and into the crowd all afternoon and so, even when he was given one last free-kick deep in injury time, people were leaving the stadium to beat the traffic.