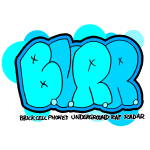 Follow @brickcellphone and listen to him spin some of these artists on Offie Mag Radio. 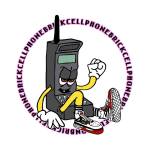 On our last episode, we had a big fat chat with Archy Moor, hailing from Ireland. He’s been doing bits with his latest single, The Long Road, produced by Soft Boy, Gaptoof and features the London-based talent, Osquello. Definitely check that one out if you get a spare three and a half minutes.

This week however, we’re speaking to the skilled SP404 wielder, saaaz. She sings, she DJs, she produces. She’s a self-described lo-fi scumbag. Her beats are doing some serious numbers on Spotify and I’m using this interview, not only to get to know saaaz better, but I’d also love to pair her with a rapper for a collab – it’ll make the world a better place. Anyway, let’s get into the saaaz interview, shall we?

Alright! Can you introduce yourself for anyone that might not know you?

How have you been getting on in the last few months with everything that’s been going on? Have you managed to stay creative?

At this point, I think I’m going a bit mental, like everybody else. But yeah, I’ve kept definitely creative.

I’ve been pretty much releasing songs the second I finish them on Bandcamp the past few months and using my SP404. More just so I don’t get too insular with everything. It feels like right now the last thing to do is embrace the anti-social side of production! I’ve also been doing lots of visuals for Echo World and getting hyped digitally meeting a lot of sick producers.

You’re a self described “lo-fi scumbag”, what does this mean to you?

Hahaha its definitely what it says on the tin. I’m just out here making a genre thats a little bit meme-y, plus my whole persona was from shit-posting on Soundcloud in the first place. I’m just sitting online in the dark in my room like a lil gremlin, so I thought lo-fi scumbag at this point is accurate!

It’s important not to take it seriously for me. Like, I’m not out here breaking any musical boundaries, I’m just making a genre which at this point can be seen as a fad, and that makes it more fun, less intimidating to release music.  I think there’s a lot of people out there taking themselves too seriously and damaging their own creative process because of it, or even burning bridges with labels and fellow producers cause they’re refusing to accept the lighter sides of being an independent artist tryna make it online!

Who influences you, inside and outside of music?

I’m a basic bitch. Pinterest, Insta and TikTok are keeping me influenced. It’s all about visuals and the online persona people are putting out there, it’s super interesting and I always consider it when making tunes.

Would you say there’s a lot of female producers?

Just in comparison to the number of boys, no. But, in terms of influence and talent, we’re starting to hold our own, especially considering how outnumbered we are.

It’s not that we don’t exist, but everywhere is oversaturated with male producers. Honestly, though, I totally capitalise on being a girl in the scene, it’s the elephant in the room and I just roll with it.

You have a single with Kavv that just released, can you tell us anything about it?

Well I’ve been pestering Kavv to make a tune with me since I met him on Discord. Back in the beginning when I was just starting out I used to lurk on there with lofi.samurai and him posting memes n sharing tunes. We’ve tried a few times but just never got round to doing it but I thought, fuck it, imma spam him one last time on Insta and honestly we finished the release within the space of about 2 days, I think.

He asked me to send a letter and a number to him and then he obviously went off to his lil lofi vault and cooked up some smooth af chops for me. Both mine and his music kinda have a romantic sound, so this release definitely has some peak lovelorn daydreaming vibes to it!

Is working with rappers something that interests you? Who are you trying to work with?

Yeah definitely, I’ve been making more phonk too which just sounds dead without some good vocals on it. Once the shitshow that is 2020 subsides I’ll be on the hunt for some collabs, especially female rappers!

Who would be your dream collaboration?

My dream collab would definitely be Little Simz.

What can we expect from you after this Kavv release?

Quite a lot actually! I’ve got my first official single with vocals coming Sept 1st. I’ve been putting it off for ages as I just felt a bit cringed out doing it on my own beats, it just sounded weird but I thought fuck it, now’s the time. Plus I’m sorting a new beat tape, got some heat coming on the next Ghost Phone comp + probably some lo-fi house dropping soon. Plus I’m gonna be out in the Bristol scene DJing again soon, so watch out for that!

Anything else you’d like to add, shout outs, thank yous, a quote from your favourite book, anything goes!

Thanks everybody listening, especially the people who buy my shit on Bandcamp, you’re the real ones, hahaha. Thanks to Offie Mag for supporting my tunes and interviewing me! Completely unrelated but since you said anything goes, my obsession right now is Animal Crossing and I just can’t even handle how much I’m addicted to it.

Imma go to the Offie real quick, can I get you anything?