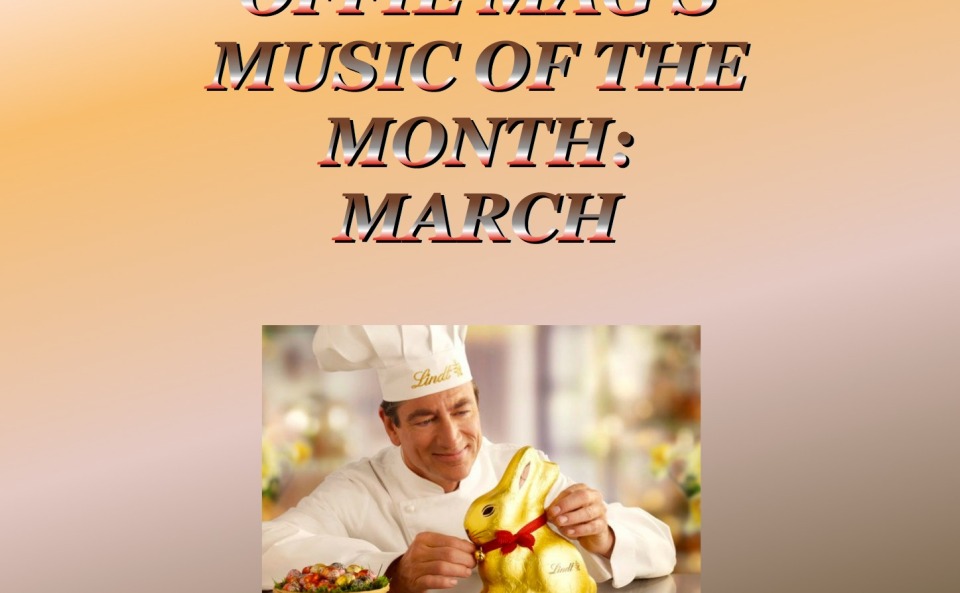 Offie Mag’s Music of the Month has had it’s March update, with plenty of tasty underground music selections wrapped up in gold foil for you lot to devour.

Our Pick of the Month is from Guohan, the Nottingham-based, Chinese producer who has created an instrumental masterpiece in Lost Sound Book. An Offie Mag Radio host’s dream, the tape is filled with dreamy beats that cut into each other seamlessly, with influences for the project ranging from ‘ancestral rock carvings’ to ‘bustling city streets.’

If you didn’t get the message from that blurb, we suggest you just delve in and see what happens. The record’s had a bit of love from a few other platforms and is available on vinyl should you want to support Guohan and his delightful art. Speaking of art, album cover ain’t bad either.

As for the rest of the Music of the Month playlist, it’s been filled with all sorts. To name but a few, we’ve got rap bits from Immi Larusso and Verbz, more beats from dylantheinfamous, jazz from Alfa Mist and glorious soul from Raelle.

We say this every month, but it’s a really strong round this time.

BRIGHTON & HOVE: We’re parked up in @magazinebrighton for the day, playing tunes on @platformbradio and shifting copies of our newest mag. Drop by and say hi! We’re in here until 5.30pm.
On what felt like the first day of this stop and start summer, @emergencearts invited us to Bexhill and the grandest, most Art Deco-est pavilion we ever did see live jazz music in.
Come through, say hello, have a boogie, buy a mag, stroke a dog, have a coffee.
Integrity. Diligence. Synths. Masterminds. Andy Cole. Larry June. Zeniths. Navy MG.
@MEMEGOLD, JUST LIVING HER LIFE FOR OFFIE MAG ISSUE EIGHT.
Fresh from the printers. We’re happy to present the eighth Offie Mag.
OFFIE MAG ISSUE EIGHT OUT NOW 💡 LINK IN BIO 🛒 SHIPPING WORLDWIDE 🌍
ISSUE EIGHT WILL BE SERVED FROM MIDNIGHT 🕛
‘They really in love with Scuti...’
Yes, there is a new track by @bangdat.xyz out. Yes, it does feature @blackjoshmcr and @sleazyfbaby and yes, it is produced by @d_boogie88. That’s a solid line-up right there.
OFFIE MAG DJs ARE BUSY THIS WEEK 😅
July 19th 2019. On this day exactly two years ago, we dropped ISSUE THREE at a packed out @deadwaxsocial. This night is shrouded in Offie Mag mythology. The rain was so heavy that most punters were soaked when they got in after waiting in line. @verbzyygram & @mr_slipz and @boneslimbone shared their music with a dampened but grateful audience. During @slyfieri666’s set, the ceiling started dripping. The roof started to leak from the storm outside and security evacuated everyone. We literally made it rain inside the venue.
ISSUE EIGHT, 24.7.21
For ISSUE SEVEN of our printed magazine (link in bio), @brickcellphone sat down with London artist @1kayowa.
Now you’ve turned off Fat Les’ Vindaloo, it’s time to Agadoo to the latest musical scores on our playlist.
OFFIE MAG ISSUE SEVEN. READ IT ON THE PEBBLES.
‘I feel like I’ve been working on an album for ages. To have that finished would be amazing.’
ISSUE SEVEN COMMEMORATIVE T-SHIRTS.
What's the first CD you ever owned?
Freshly made, premium quality material on it’s way to the printers. In the meantime check out our current menu: